So, I met with Dr. H for the lump today…. she will order an ultrasound to make sure there is nothing going on…. She thinks it would be extremely unlikely that 1. another cancer would develop during chemo 2. if it was a new lump that it would probably be the same type of cancer… not a new one. If it were a new one, it would be extremely rare. I couldn’t be scheduled for ultrasound today, so most likely next week I will know. If it were a new lump… she doesn’t think they’d do anything different as I suspected…. she said they could biopsy it to know for sure. But, does it make sense to put me through another procedure when they’re doing the mastectomy anyway? She doesn’t know the answer to that. She would probably consult with all my other doctors and come up with an answer… she doesn’t feel like it makes sense.

I got some other answers today… she said I will need radiation, according to my radiation oncologist… purely due to the size of the tumor (6cm) and the positive sentinel lymph node. This sucks for so many reasons… but…. overall, my survival is the number one goal. If it helps.. it’s worth it. Secondly, the radiation oncologist also told her he feels she should do a complete axillary dissection of my lymph nodes… He’s an older doctor… and much more conservative. Dr. H is younger and more liberal in her views…. so ultimately it’s up to her during surgery… But, I have mixed feelings… removing all of the lymph nodes means a higher occurrence of lymphedema…. but it also means we’d be 100% sure the cancer would be gone…. and to me, I never want to have to go through this EVER again in my lifetime…. so, I tend to agree with the radiation oncologist on this one. Ultimately, I trust her… but this is another wrench… she may not be able to do my surgery. She is VERY pregnant and she may not be the doctor that performs my surgery. Dr. Flippo would be the other surgeon… I have heard amazing things about Dr. Flippo as well… but I just love Dr. Hazikadic! I sent her an email today with these concerns… so hopefully, we can all be on the same page… at the time of surgery.

So… now my plastics consult this morning. Dr. Clavin is a young, attractive doctor…. and I had to stand in front of him completely buck naked…. I don’t even stand completely buck naked in front of my husband… so to do this, was extremely humbling…. to say the least! OY VEY! He was extremely nice and I feel completely comfortable with his experience…. So, we talked about options… It looks like Radiation is in the plan… so that basically removes the option of implants… and leaves a Flap Procedure of some sort… which is where they take my skin from somewhere on the body…. My stomach is probably not a good option, he said I may have enough for one breast and that won’t help us any, I need enough for two- my tummy is pretty flat… I’m your typical A shaped lady… very little fat on the top of my body…. and more on the bottom half… which is most likely where they’ll go for the skin and fat…. So, that leaves two options… my butt (I have plenty) or my thighs… which I think I also have plenty…. There is a procedure called PAP Gap that is fairly new that he said they’d consider….

He gave me some hope… He may put expanders in at the time of my surgery… despite radiation, he said expanders aren’t affected by radiation… which means I would NOT be flat chested…. He said they’d inflate them very quickly probably within 1 month… but what this would do is stretch the skin… so maybe they wouldn’t have to take so much skin, but they’d take more fat….

My mastectomy is probably 5-6 hours and a 1 day overnight stay unless there are complications that would merit me staying longer…. I was confused… it’s the reconstruction surgery that will take much longer… up to 15 hours and 4-5 days recovery in the hospital…

So, overall… I’m feeling pretty good about everything…. I am not too concerned with this new area… she couldn’t feel it like I can… She wants to check it to make sure…. but most likely the course won’t change… 1.5 months away from surgery…. so, we’ll have many more answers at that time… ❤ 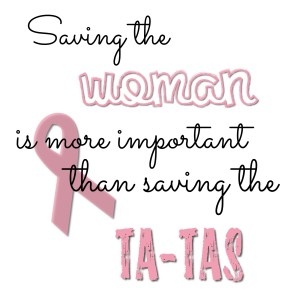